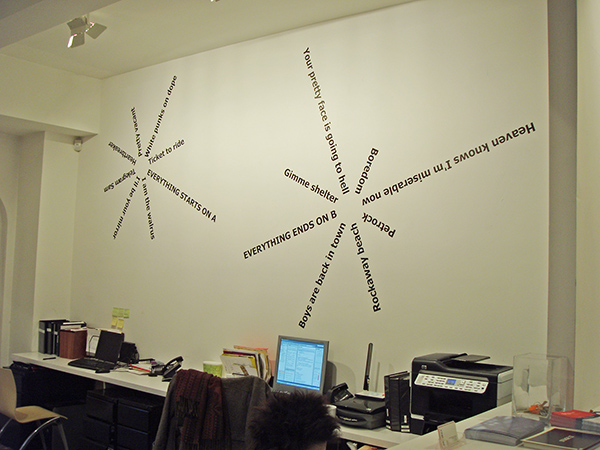 Everything Starts on A, Everything Ends on B, 2006
Vinyl text, dimensions variable. Edition of 3

A proposed score sketch for a turntable/‚composition‘ work utilising the 14 identified recordings. The records have been arranged into two groups, the distinction being that they all either begin with an A chord or end with a B chord. The resulting piece would be accomplished live beginning the first group of records simultaneously – harmonious tonal A‘s – the second group would be brought into the mix, one by one, to conclude simultaneously on tonal B‘s.