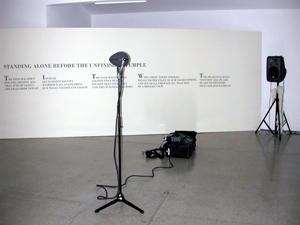 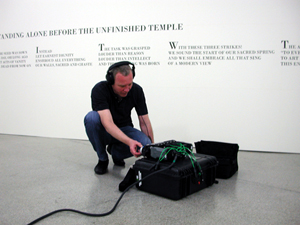 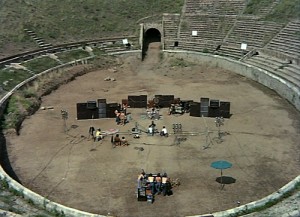 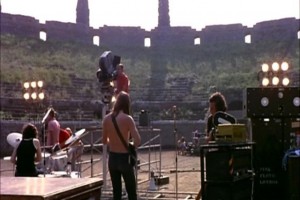 Invited to contribute to the Ö1 Kunstradio programme on ORF Austria I broadcast a re-recording of the soundtrack of Pink Floyd Live at Pompeii. The re-recording was made by recording the original as it was played back in the galleries of the Vienna Secession. The process cites composer Alvin Lucier’s I Am Sitting in a Room from 1972 whereby Lucier records himself speaking a text and then re-records this recording. He repeats this process many times letting the resonating characteristics of the room transform the frequencies of his voice almost unrecognisable.

Games For May shifts the placing of the ‘Pompeii’ performance – notably the film was made with no audience present – with a slightly altered sound and meaning from one location to another – the ‘Vienna Secession’ – then on to another – to wherever the radio receiver is housed.

More information on the broadcast and a recording can be found at Kunstradio.at, click here.