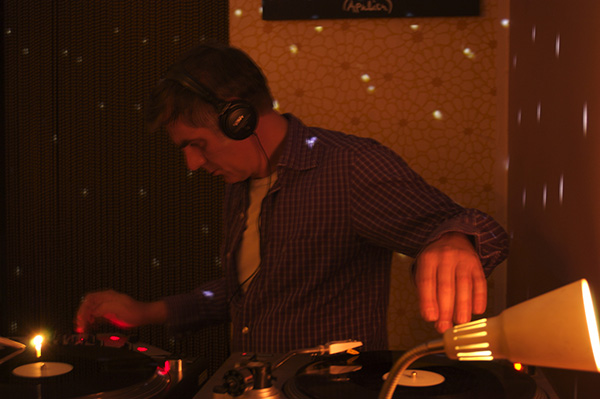 This is a DJ set performance lasting approximately 30mins. During the performance I endeavour to silence the music by playing simultaneously manipulated versions of the same track. I obtained permission from the Oh-Ton ensemble in Oldenburg, Germany to work with the following tracks they recorded;
‘Piano Piece #4‘ by Frederic Rzewski
‘da‘ by Eckart Beinke
‘Siebenschlaf‘ by Kirsten Reese

If you play a waveform and its inversion simultaneously, they cancel each other out and you obtain silence. Transferring this phenomenon to vinyl I reworked each track to mono and produced a vinyl record from that. Using the same mono track I inverted the waveform and produced another vinyl record. Played individually the two corresponding ‘matching’ tracks sound identical, but played simultaneously on two Technics decks and attempting to mix the two together in perfect synch the ‘inverted waveform’ process comes into play. As the two tracks come closer together the sound begins to drop out – silence – and phasing occurs between the sounds as the signals reach the speakers. The results are a real-time remix of the existing tracks.