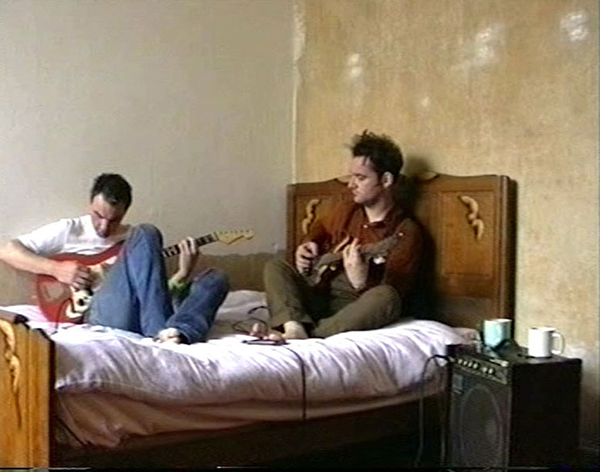 Made as a follow up to ‘For Those About To Rock’, an earlier collaborative work from 1994. ‘For Those About To Rock’, shot with a roving camera, showed Ross and I hanging out in my studio filled with guitars, amps, drums etc drinking beer, playing every song we knew and painting appropriated texts on the walls. This later film is shot with a static camera, we’re sitting bare-foot on a bed, drinking tea and studiously learning one song ‘Jesus’ from the Velvet Underground’s third Album. In the first collaboration we are wearing all our idols and influences proudly on our sleeves, depicting ourselves as garage rock stars jumping around and having a laugh drinking. The follow up, three years later, finds us more sombre and contemplative looking inwards for something to hang onto rather than outwards.