In 1959 the French composer Olivier Messiaen (1908-1992) composed the ‘Catalogue d‘Oiseaux’. Thirteen pieces for solo piano based on his interpretation of natural birdsong. Each of the thirteen pieces deals with a specific bird, along with some other birds in the background that are found in the same area. He‘d compose in the birds’ natural habitat of field, meadows etc., writing his notation as he listened.

I reversed/mirrored this process of direct composition playing back Messiaen‘s to an aviary housing some mockingbirds. These birds mimic the songs of other birds and would in theory tonally mimic Messiaen‘s interpretation of birdsong and his ‚in the field and by ear‘ process of composition. 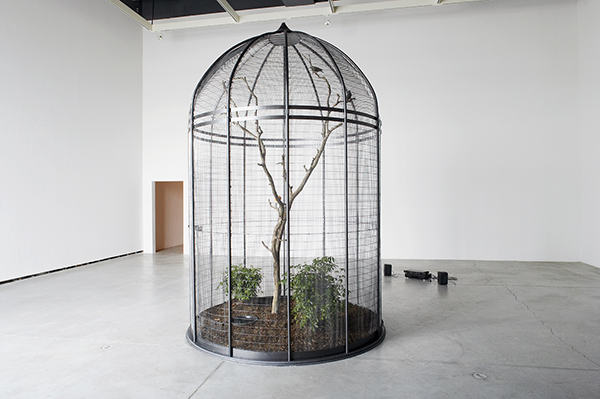 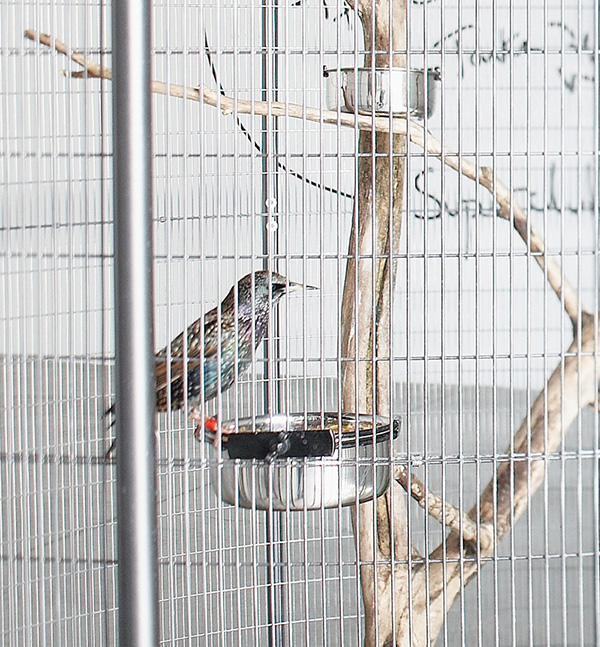 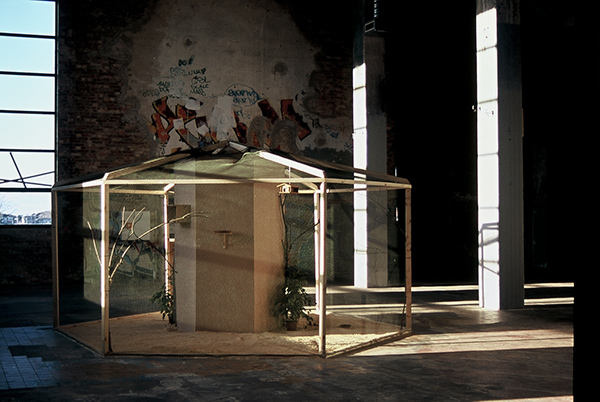 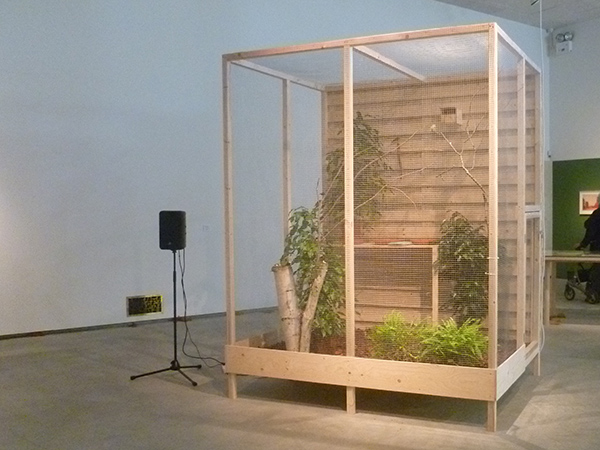