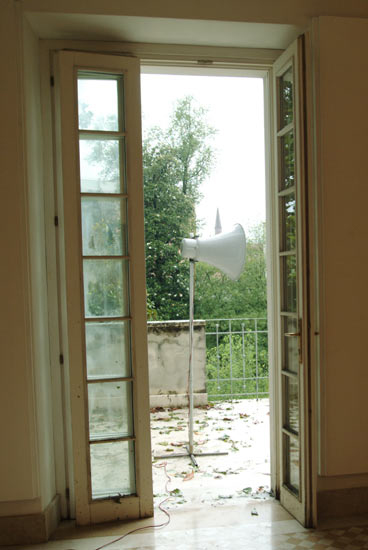 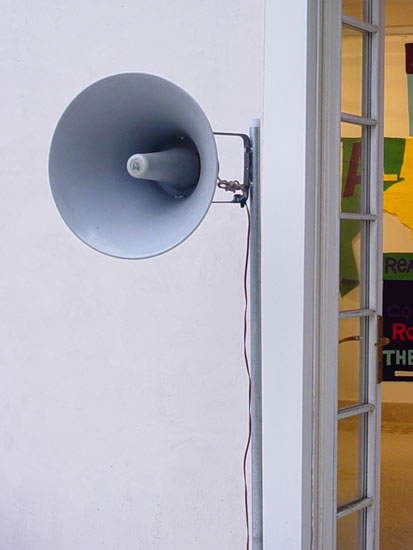 During the presentation of ‘The Mirrored Catalogue d’Oiseaux’ 2002, I made recordings of the mockingbirds’ song after they had been listening to Messiaen’s recording for some time. In assimilating Messiaen’s melodies into their repertoire their song will have changed slightly. ‘Near an Open Window’ involves playing this recording of the mockingbirds’ modified song in the vicinity of other birds, through a loudspeaker in a natural setting such as a park and thereby influencing and changing the natural song wherever it is heard. There has also been a public radio version of this whereby I broadcast the recordings and ask the listener to place the speaker of the radio near a window.