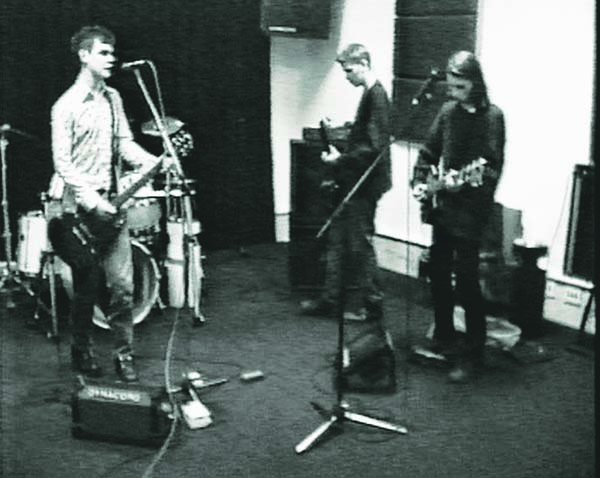 The film, projected as to render the players life size, was shot from a single camera position. In an unedited form and lasting approx 3 hrs, the work depicts a young unknown band running through their material and practising new compositions.The video installation has the appearance of an actual studio situation. We become part of the process in watching the way the youngsters act. Relaxing during intervals and becoming animated during rehearsal. From their voices we can place them as being Scottish but whilst playing they enter the international domain of rock. They become the object of scrutiny and interpretation within the social language of the rehearsal room.