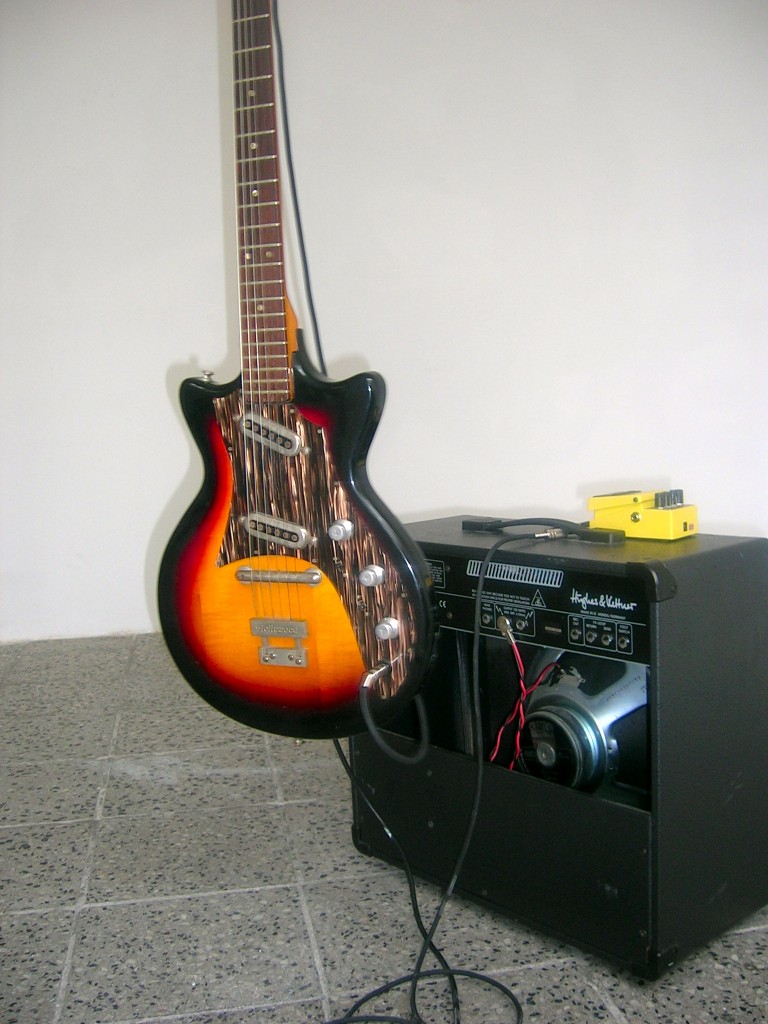 It Swung Back and Forth, Back and Forth Forever. Then it Stopped and it Howled Endlessly, 2009
Guitars, amplifiers and cables, 4 performers

In 1968 Steve Reich premiered ‘Pendulum Music’ at the Whitney Museum of American Art. ‘Pendulum Music’ involves suspended microphones swinging over speakers to create phasing feedback tones and was on that occasion performed by Richard Serra, James Tenney, Bruce Naumann and Michael Snow. ‘It Swung Back and Forth…’ connects Reich’s avant-garde minimalism to contemporary noise music via Pete Townshend and Jimi Hendrix. 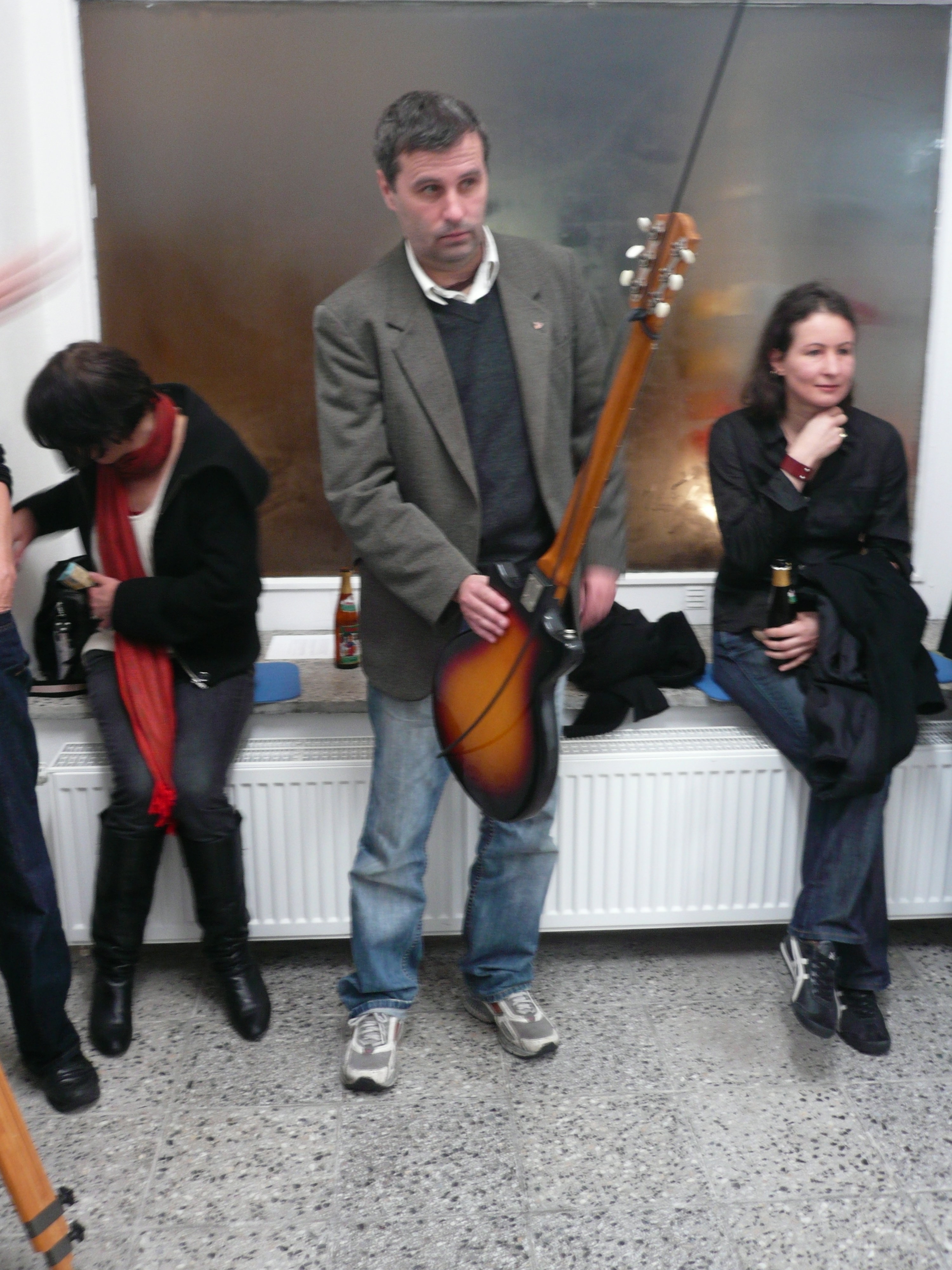 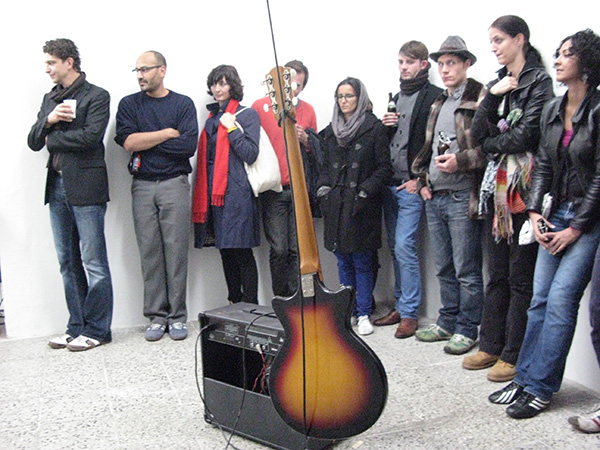 Further documentation of the performance can be viewed here. 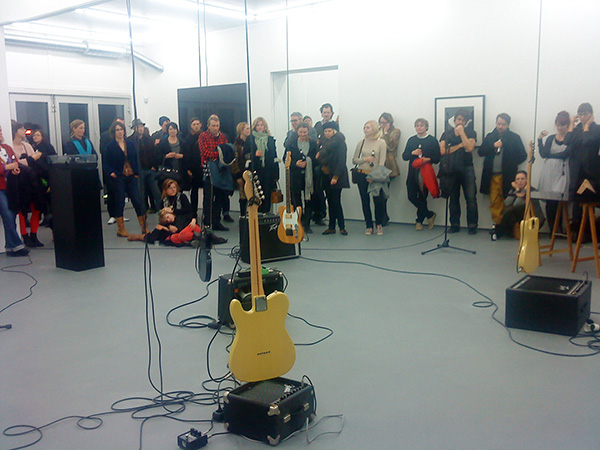 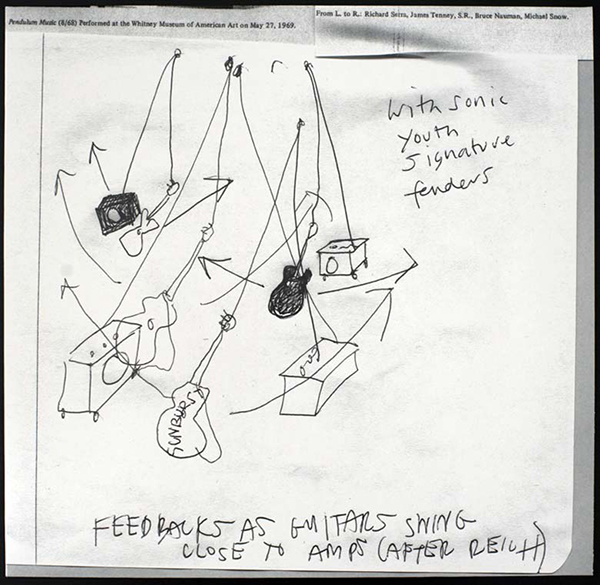 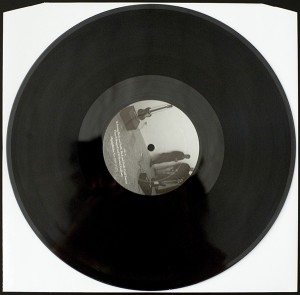 In 2010 Little and Large Editions, Berlin produced a 12″ vinyl record of the Berlin and Malmö performances, more information here.