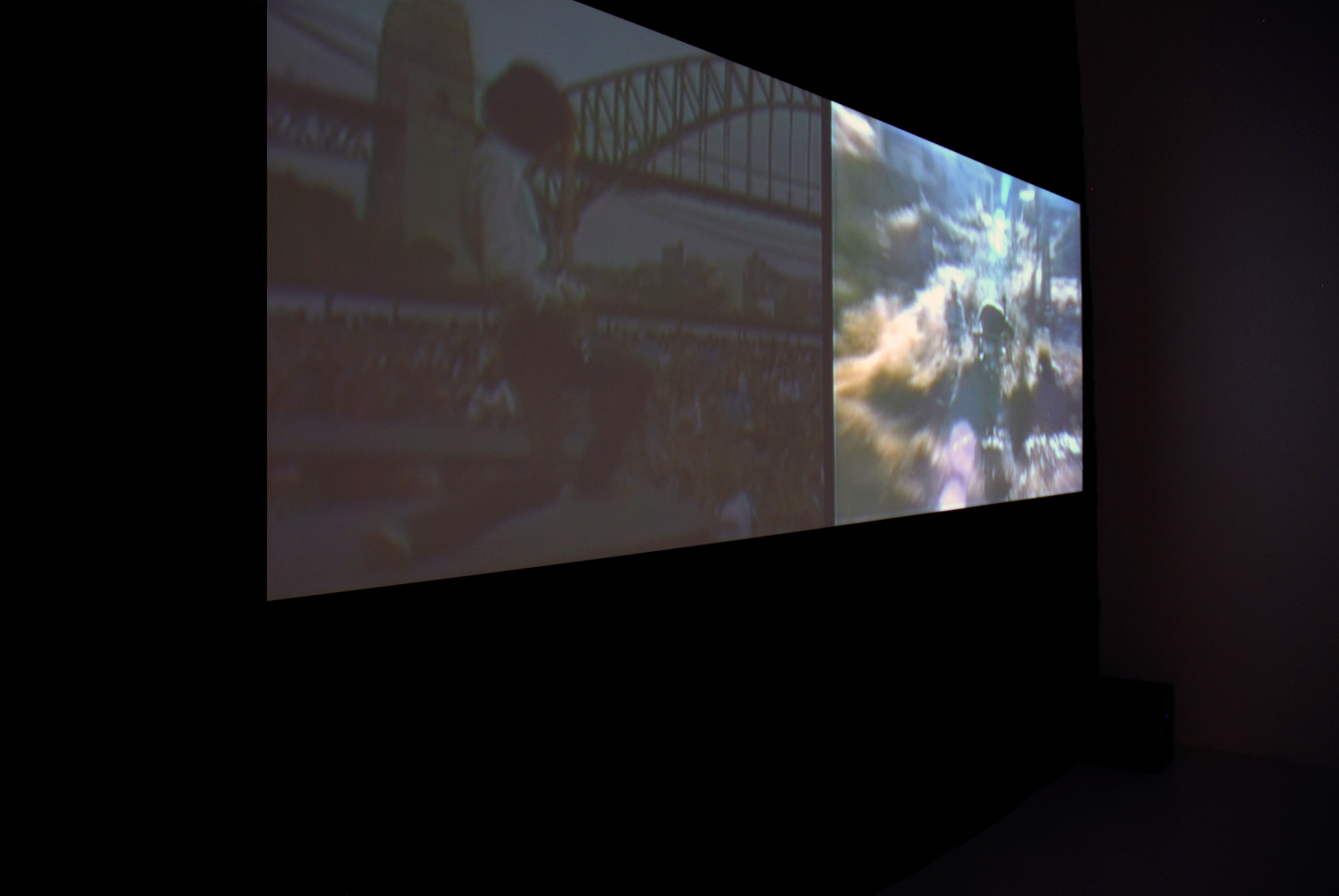 Film footage featuring the music of Thin Lizzy and Terry Riley are shown on two separate screens, one segueing into the other by way of an extended single chord motif which features in both pieces. The link between the two genres – Thin Lizzy’s rock to Riley’s minimalist masterpiece – is the time shifting use of a single note/powerchord to extrapolate the moment into something divinely transcendental with Riley’s pulsating piano intro linking neatly with a Thin Lizzy guitar solo.